It's a family affair 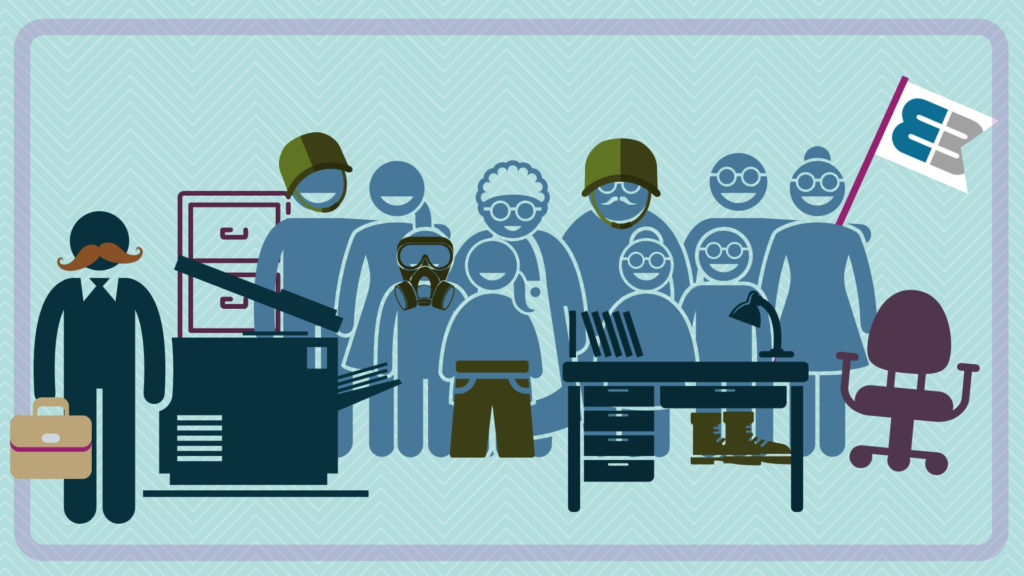 This year Millar West have been trading for an incredible 36 years! That’s the same amount of time as;

Founded in 1983 by Tony Millar and David West both from Diss is Norfolk, that year we saw;

Employing family and friends since its humble beginnings Millar West really are a friendly family business, but lets go back….way, way back (sorry pops) to the beginning of the Millar West story.

Tony’s (my dad’s) journey to expert sales master began at Jarrold & Sons  in 1967, where he worked behind the counter in the office equipment department of the main Jarrold store in Exchange St, Norwich. There he trained as a photocopier salesman selling Kodak copiers, which he loved (no need for me to ask him this part as he has mentioned it through the years more times than I have eaten one of their famous scones) and has many fond memories of his colleagues and his time there.

My son now has a Sunday job there pouring out their famous coffee and providing the Norwich public with their fill of said Jarrold scones (A.M.A.Z.I.N.G  b.t.w), my husband has links to the store and I just basically love spending my money there, and being a woman over 40 with multiple kids I feel I have earnt the right to pop a bit of MAC or Jo Malone into my basket (along with boys socks, toys, glitter glue, posh crackers and other random high quality items)….we really are a family of Jarrold lovers! 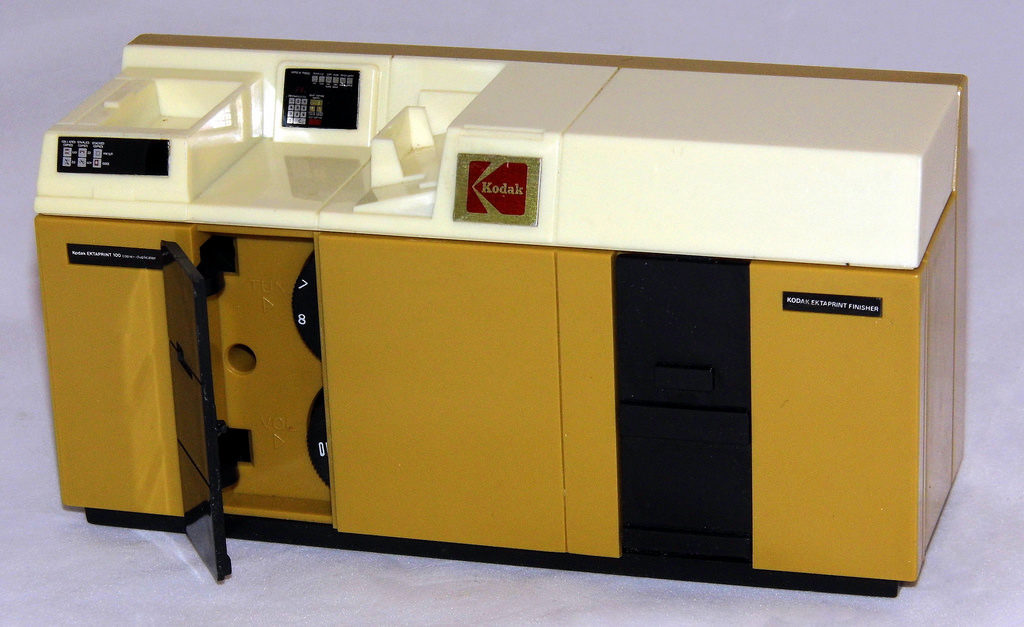 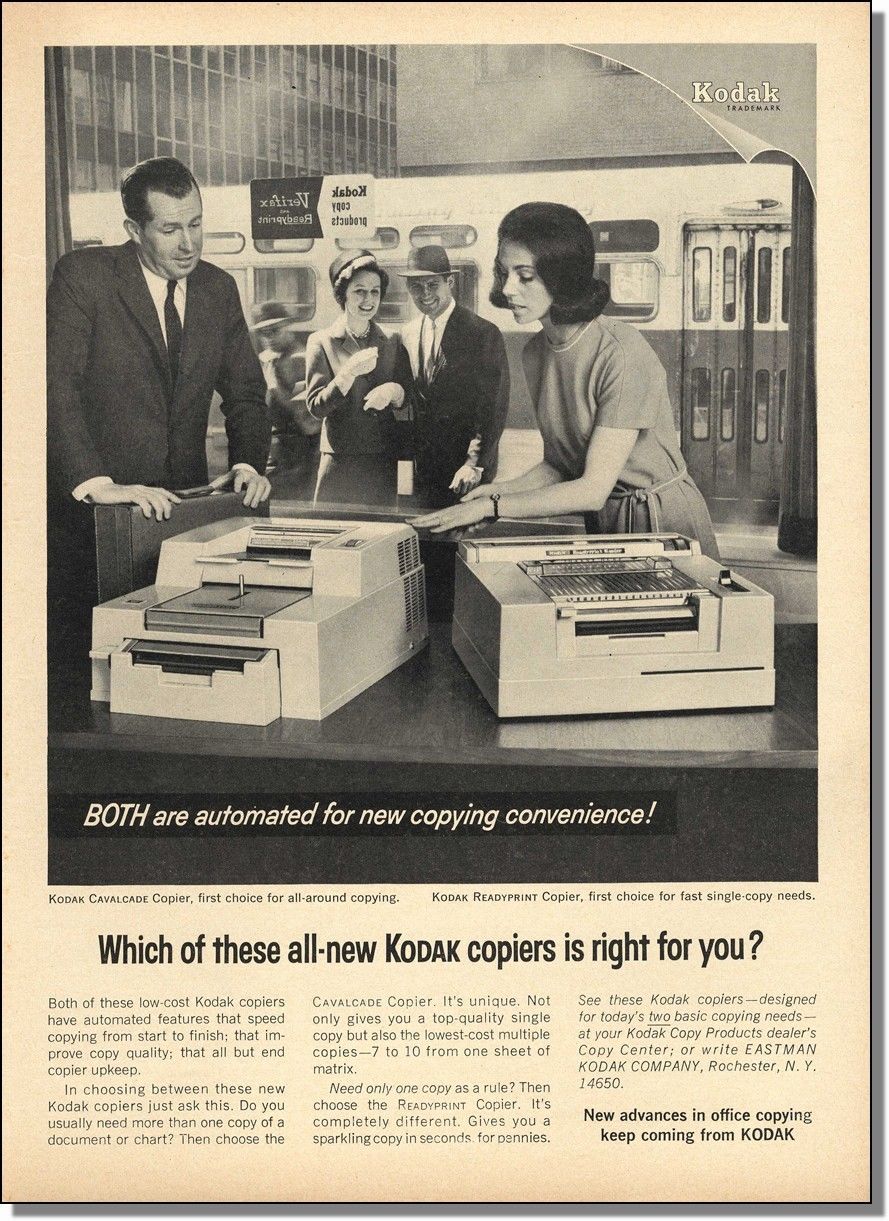 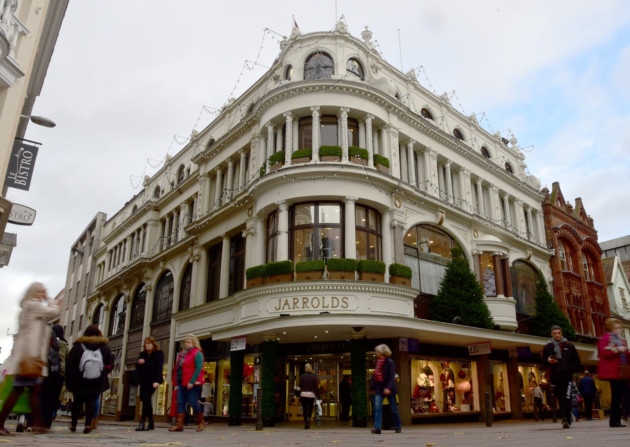 Some time later (not sure on the date….hey it was the 60/70s after all and who remembers much of that era anyway!) he moved to Anglian Office Equipment situated overlooking the railway at Trowse, Norwich and worked his way up to become branch manager at Ipswich. From here an opportunity came up with his friend Colin Fox to set up a Norwich branch of a London based office furniture and machinery supplier. The pair worked together for quite a while, Tony had a “fantastic time” working with Colin and when it was eventually time for him to move on again was very sad to leave. 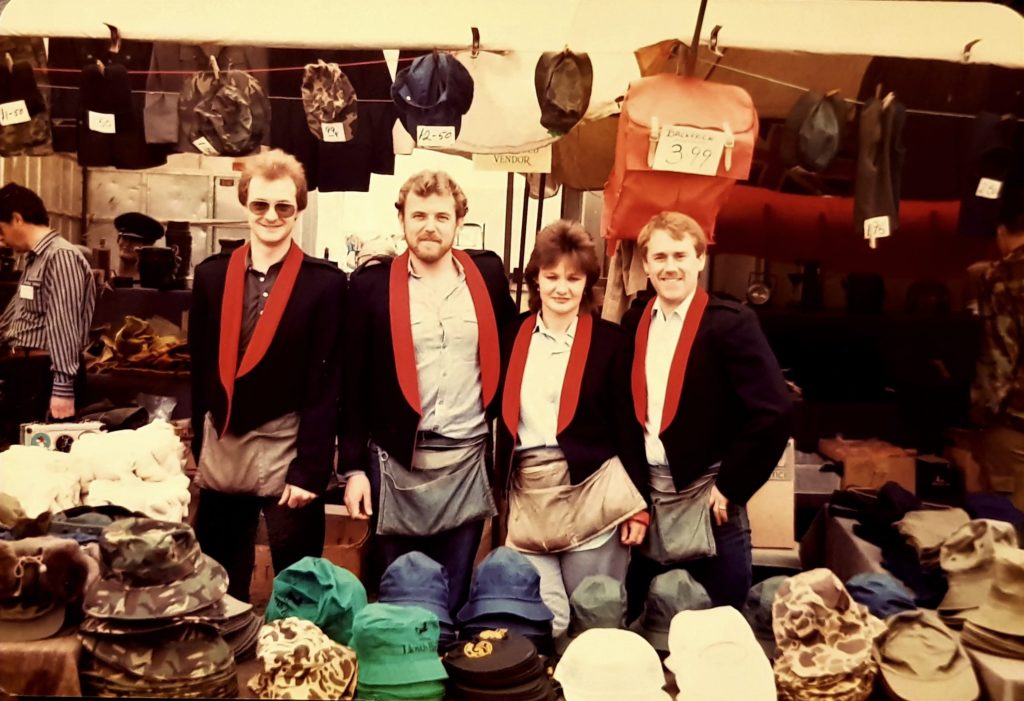 Uncle Stu, Tony (second from left looking very Caleb Followill…..from the band Kings of Leon for all you old people. Google it the resemblance is uncanny!) Linda and Dave

David West his best friend and best man at his wedding asked him to set up a market trading business at weekends and in the early 80’s they ended up selling government surplus around Norfolk and Suffolk, (Snetterton & Ipswich) along with his wife Linda (my mum) David, his wife Sally, Alan White if another expert pair of hands were needed and sometimes if we were really unlucky my sister and I (Ironically both of us would go on to work for Millar West as well as family members and friends from both the Millar & West sides). 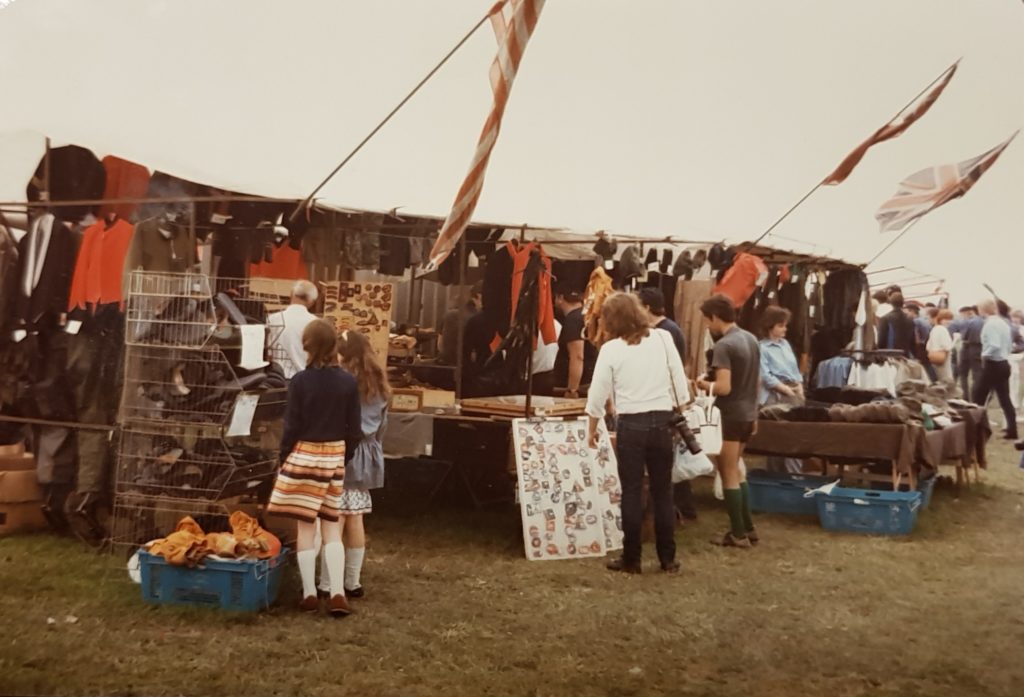 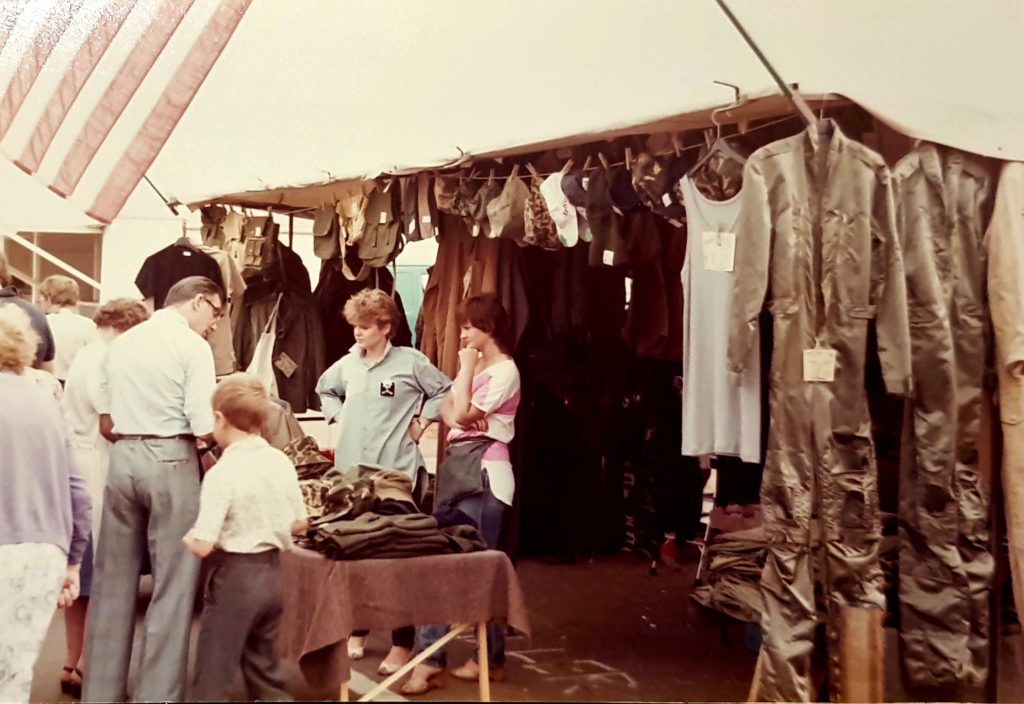 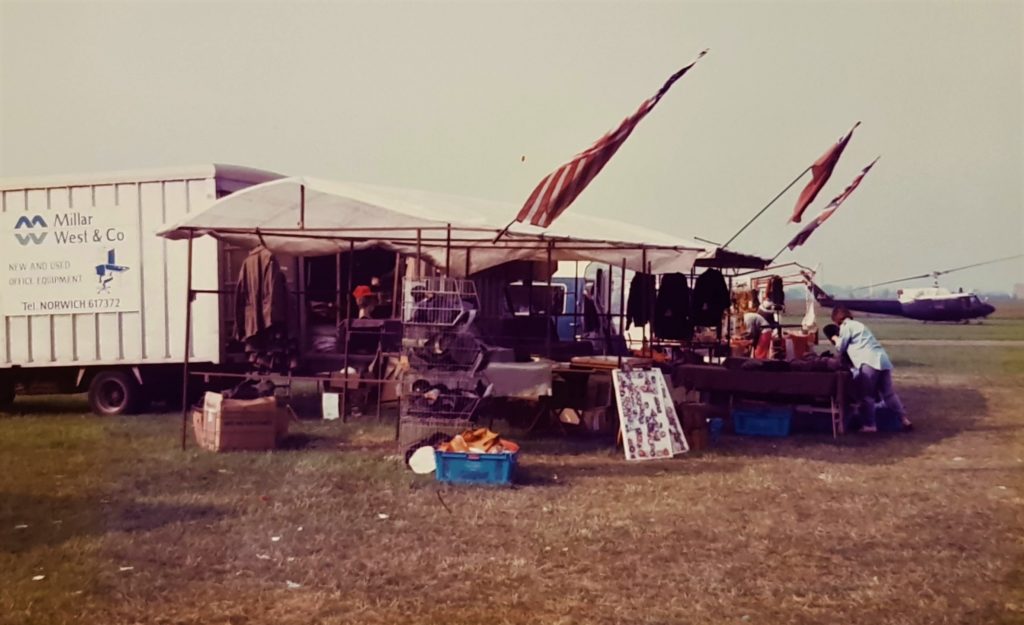 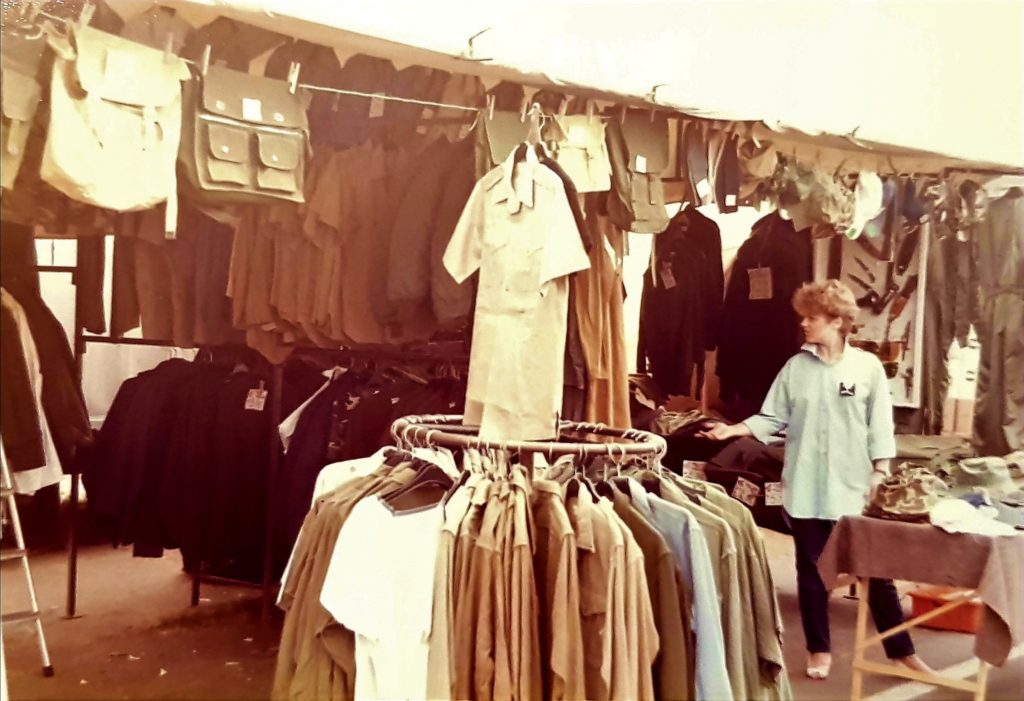 Monday to Friday saw Tony selling office furniture & equipment and Saturdays and Sundays he would venture off in his van dressed up like Derek Trotter, over sized sheepskin coat, gold pendant, basically head to toe in brown attire (including a mustachio to rival that of Magnum PI) to set up his cosy green and brown camouflage den complete with the musty smell of everything old and unloved…..and no, not one OAP was involved (sorry couldn’t resist! and most oldies smell lovely and are very much loved) …… I can still remember that smell to this day, not pleasant and certainly nothing like what my beloved iconic mid 80’s Strawberry Shortcake doll smelt like. 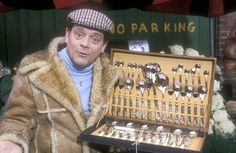 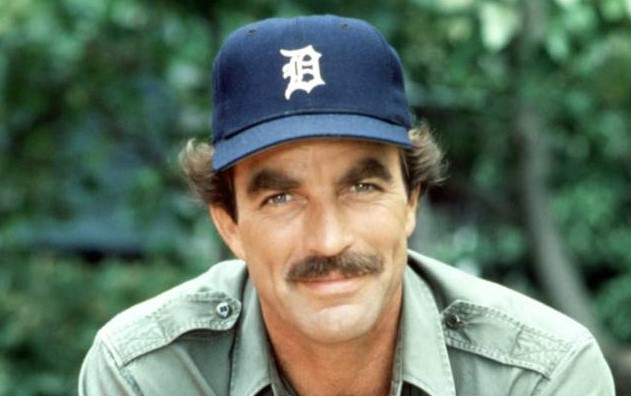 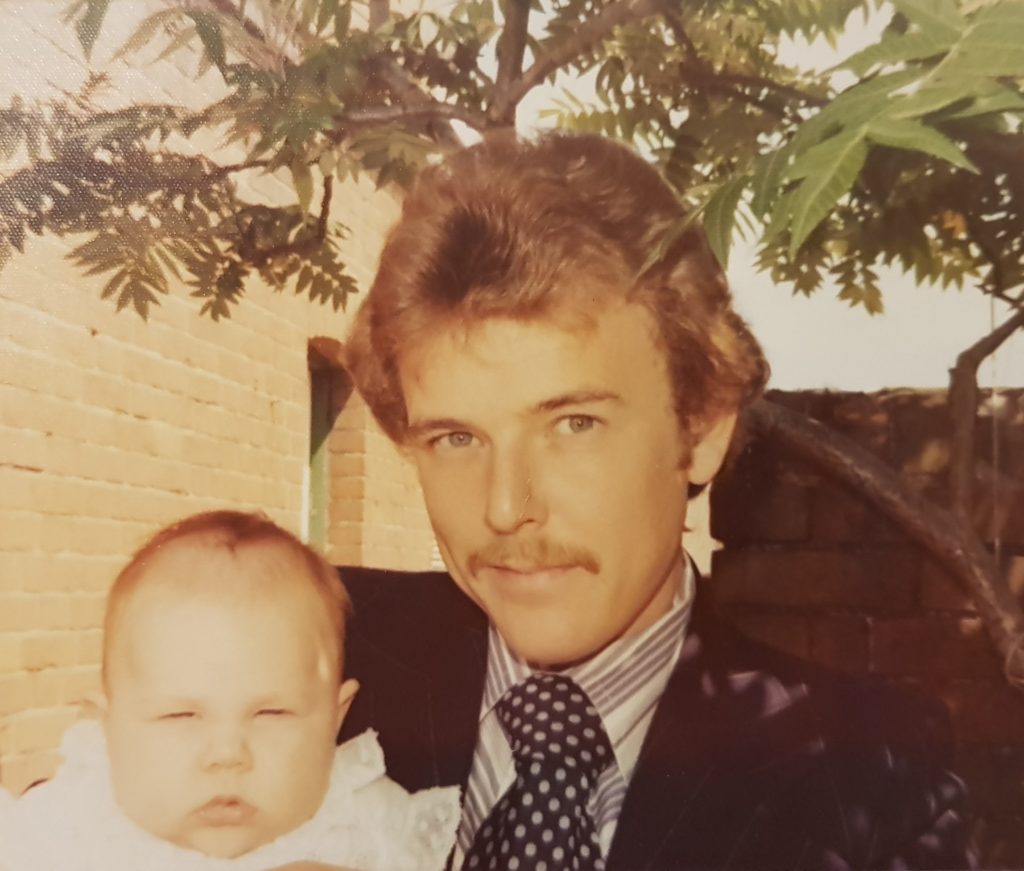 Extremely successful, the market trading expanded into air shows, steam rallies etc and for a girly girl like moi not exactly what I enjoyed but my parents had a great time! These stalls with their pre-loved clothes; helmets, jackets, trousers, army boots galore etc etc along with WW2 disused artillery shells, medals, badges even old divers helmets certainly got lots of attention. Rows of people 5 deep would all be jostling, old floppy £1 and £5 notes waving in the air to get that piece of army memorabilia to either just remember or to give a second burst of life to.

Obviously not fun for us children (unless we were hiding behind rows of what seemed like huge army shirts and jackets) but from what I can gather as an adult those times were a real buzz for my parents and tres fun especially the best bit…counting up all the money at the end. 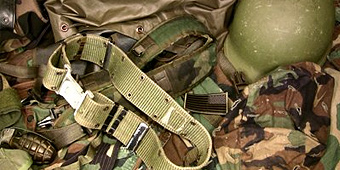 With the triumph of their selling skills, Tony decided to leave his full time employment and along with David and using their profits Millar West was born. Tony ran Millar West whilst David continued to sell army surplus. Millar West quickly grew, overtaking the market trading and David joined Tony as an office furniture retailer on a permanent basis. 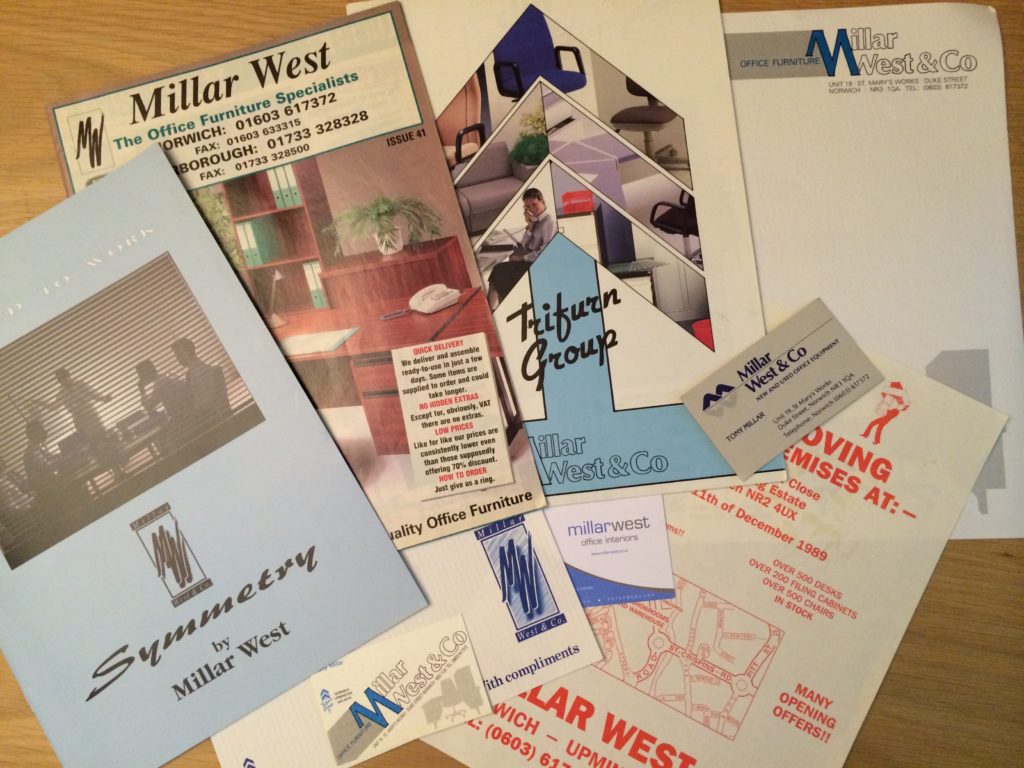 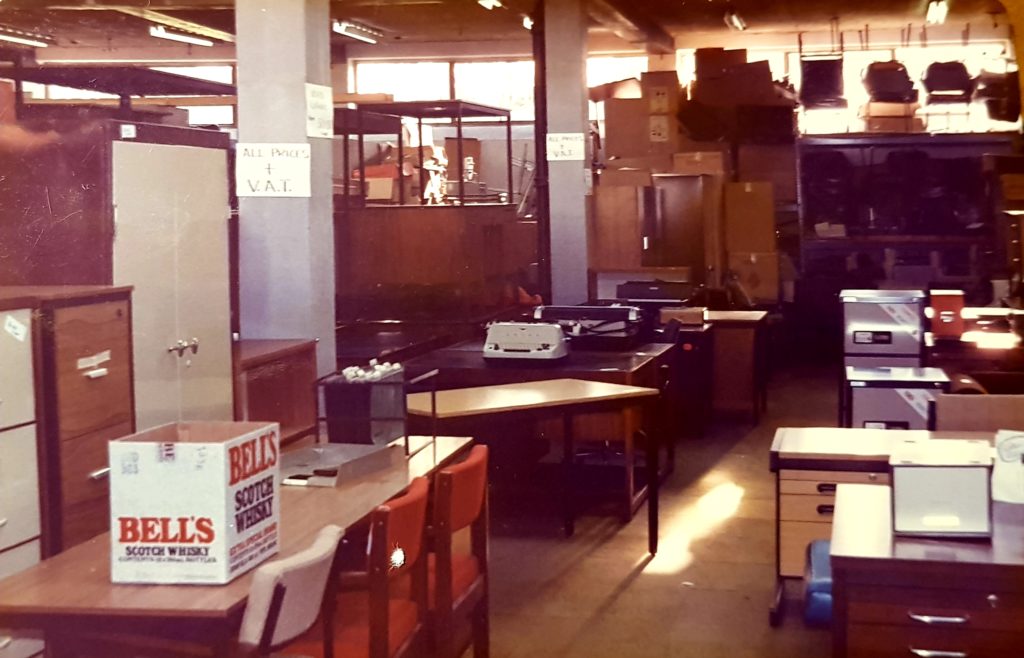 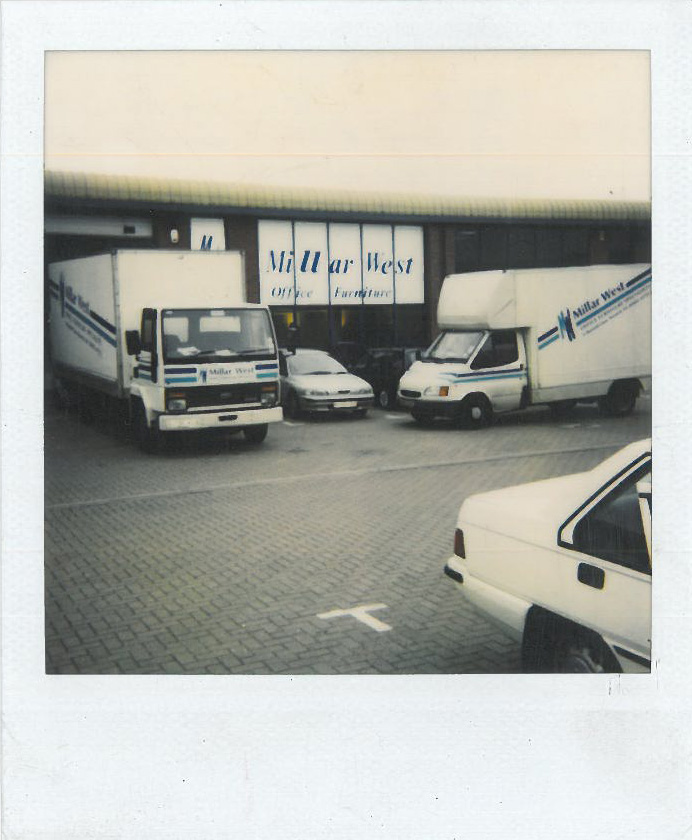 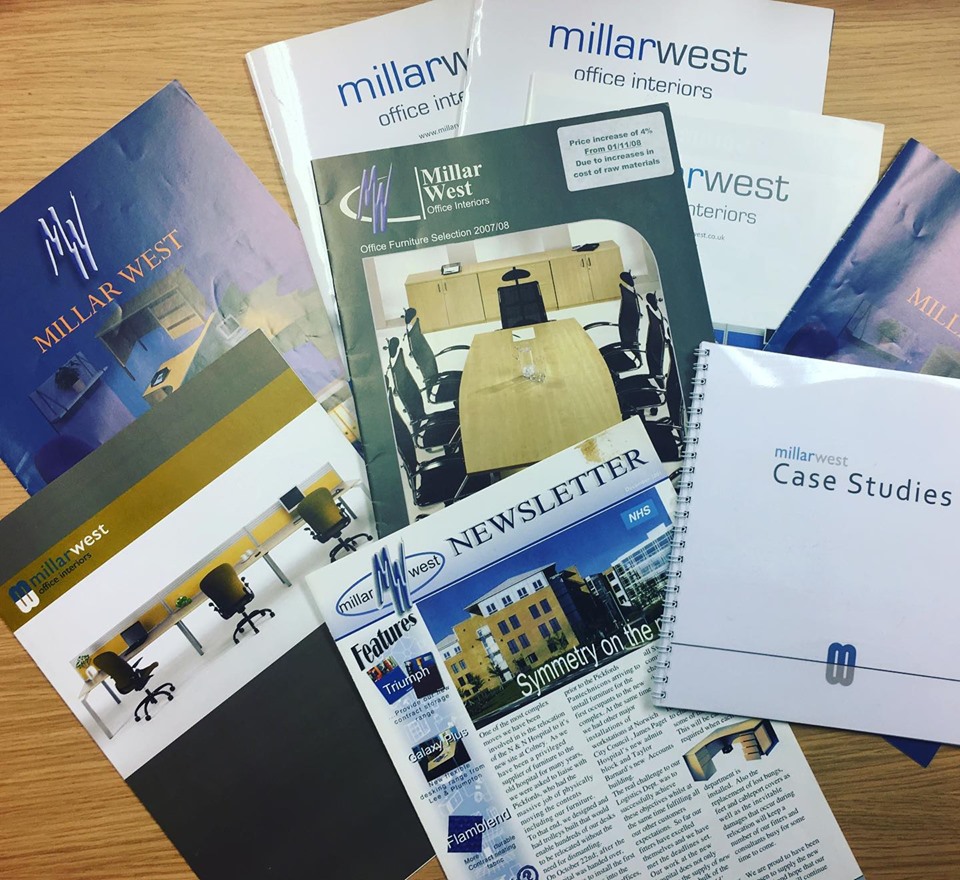 Millar West showroom 1980’s (looking surprisingly like our second hand section upstairs…..maybe some items seen here can now be found up there?!) Collection of brochures from 80’s through to now…..complete with ancient, instant coffee stains.

The company continued its upward climb and in 1994 along with their friend Alan White they formed Harnser which was to manufacture office furniture for Millar West and a few other companies. Sorry…here we go with some more uninteresting facts. That year we saw;

Harnser employs 20 people at its factory in Long Stratton and distributes products all over the UK. This year the company will have been running for 25 years! That’s the same amount of time as: 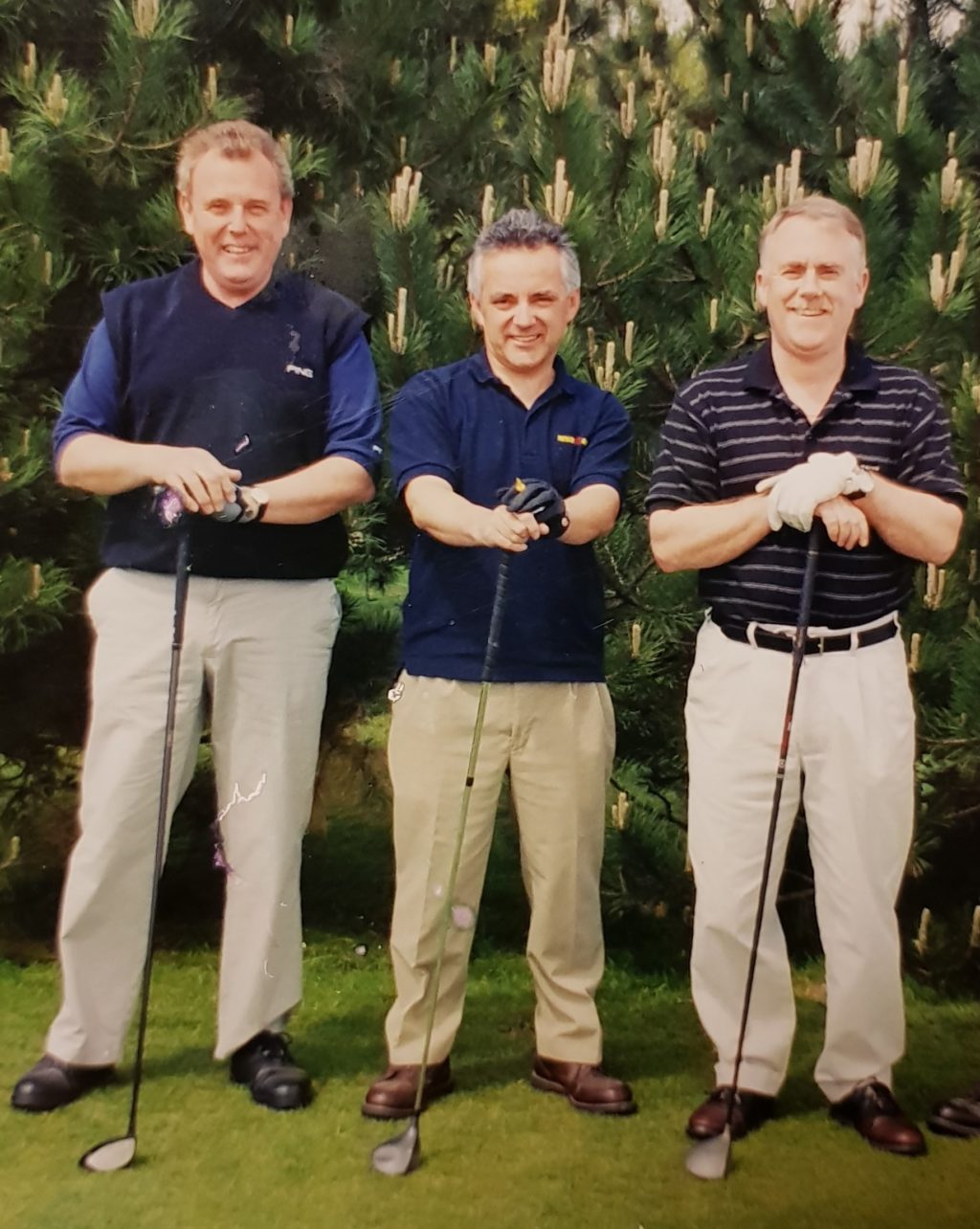 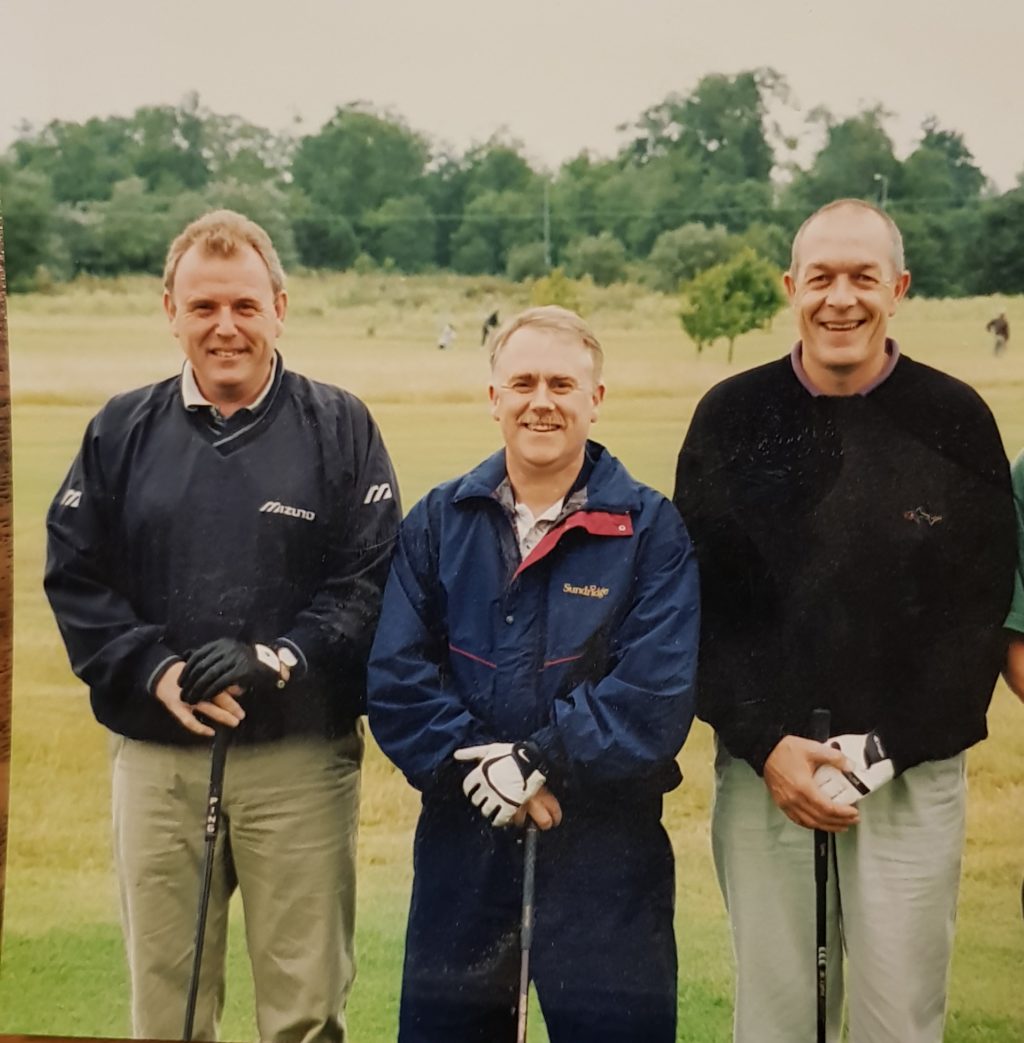 Today David has retired but Tony still works full time (and no, he doesn’t play golf all the time….yet!) and is without a doubt the best (and most dedicated) salesperson I know, and could I’m sure sell sand to the Arabs and ice to the Eskimos! He is charismatic without being annoying, super friendly without being over the top and really knows all there is to know about great office furniture, although his dad jokes are a bit long winded but sshhhh don’t tell him that for goodness sake!

But most of all he still loves his job and I envisage him working well into his septuagenarian maybe even octogenarian years….. sorry mum, it doesn’t look like any of those odd jobs at home will be done any time soon!! 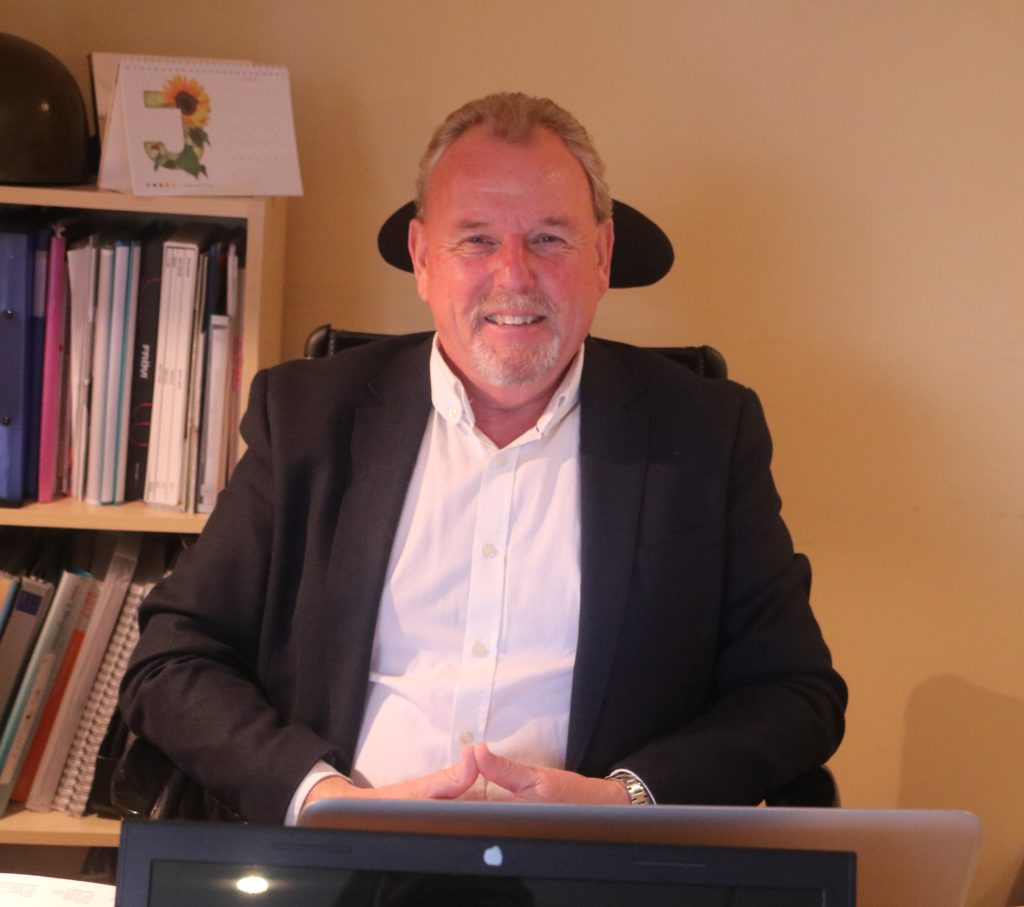 WELL DONE TONY, KEEP ON BEING A FANTASTIC ROLE MODEL TO US ALL!

For a complete interior office solution call us now today on